Installing Python on macOS with the official Python installer

I usually use Homebrew on macOS, but I decided to try using the official Python installer based on this Twitter conversation.

My big fear was that it would add Yet Another Python to my system in a way that made the XKCD 1987 situation even worse!

I downloaded the installer using the prompt on the Python.org homepage (in the "Downloads" menu): 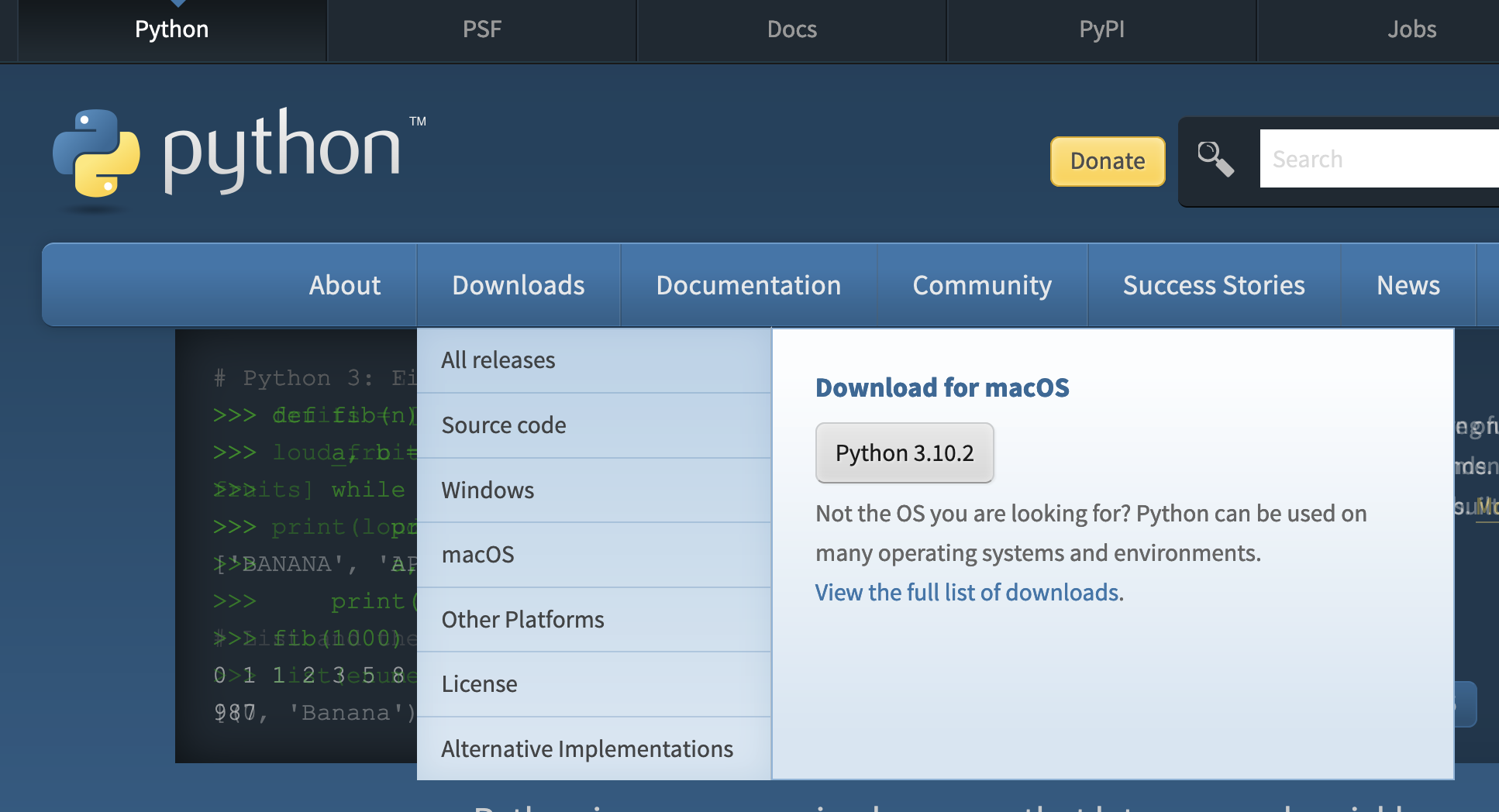 After running the installer and accepting the default options, a Python 3.10 folder was added to my /Applications folder:

More importantly though, running python3 in my terminal now runs the version of Python that was installed by the installer - which lives in /Library/Frameworks/Python.framework/:

I was confused as to how it had added itself to my path - a tip from Ned Deily (a Python release manager) helped me figure that out:

So the installer added a line to my .zprofile file adding the bin directory for that release to my path.

Running python3.10 is the most specific way to execute that version of Python. I can install new command-line tools into that bin directory like so: